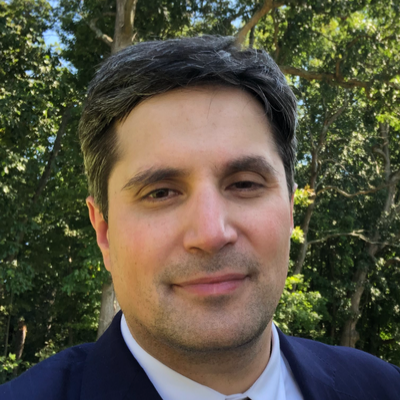 Mr. Shaw has extensive experience building companies and securing financing from a broad array of both domestic and international institutional investors. Over the past fifteen years, he has been instrumental in securing more than $100 million in capital, in aggregate, for a number ofl small-cap and micro-cap companies (both publicly traded and privately held).

Mr. Shaw started his career at American International Group (AIG) Global Investment Group, after which he gained further experience working at a prestigious Manhattan based hedge fund. In 2005, he founded Novastar Resources Ltd, a natural resources exploration company focused on the exploration and acquisition of mineral properties containing the element thorium (Th). During this period, Mr. Shaw secured more than $17 million in financing from top tier institutional investors and helped complete the merger between Novastar Resources and Thorium Power, holding the position of Director of Strategic Planning until mid-2007. Subsequently, the company changed its name to Lightbridge Inc. and currently trades on the NASDAQ - under the ticker symbol: LTBR.

Following the above-referenced merger, Mr. Shaw has assisted several other companies in securing value added capital from institutional investors as well as providing management consulting services. Among those, Mr. Shaw was instrumental in securing $12,000,000 for a NASDAQ listed flat panel color display developer. In addition Mr. Shaw served as the founding CFO of a Los Angeles based Biotech firm which announced plans for a $118 million NASDAQ IPO in February of 2011.

More recently Mr. Shaw has served as President and CEO of OTCQB Listed Tauriga Sciences Inc., since July 2015, during which time he secured a $2,000,000+ cash Settlement (Insurance Settlement) for the Company and launched its Tauri-Gum™ product line (Legal - CBD Infused Chewing Gum). Also during his period, Mr. Shaw has served as a Consultant for a NASDAQ listed Biotech firm developing a novel drug candidate for the treatment of Major Depressive Disorder.

Mr. Shaw graduated from Cornell University in 2001, with a degree in Policy Analysis Management and a concentration in Econometrics. Mr. Shaw has served on the Board of Directors of a number of important entities and initiatives, including but not limited to: the Jewish Community Center (JCC) of Dutchess County NY (2005-2015), Save A Child’s Heart (“SACH”) New York City Leadership Group (2012-2017), The Cypress Fund for World Peace and Security (2006-2010), and has been active in numerous charities and not for profits, including: The Robinhood Foundation (2007-2009).

Copyright 2019 - 2022. MjMicro and MjInvest.com are divisions of MjLink.com, Inc.. All rights reserved. MjInvest